cancel confirm NSFW Votes: (0 votes)
Are you the publisher? Claim or contact us about this channel.
0
Showing article 2 of 2 in channel 43756556
Channel Details:
Viewing all articles
Browse latest Browse all 2
0
0

Most of Wyatt’s poetry appears to be about love, or rather the pain that comes with it. In some instances the speaker appears to revel and ‘laugh in all [his] pain’ (l. 12), as in ‘I find no peace’. However, when you open up the poems for multiple readings a confused and capricious character begins to appear. This character is used to demonstrate how fickle love can be, or make a person, and makes the poems unreliable. Because he is unable to make up his mind we might ask if he has suffered, or if he is vying for sympathy.

In ‘Blame not my lute’ the speaker appears to struggle with the issue of blame. At first his lute ‘must sound / Of this or that as liketh me’ (ll. 1-2, italics added), which puts the blame on himself for what he sings, but this interpretation begs the question of why the lute would be blamed in the first place. Reading further on in the poem, in stanza five the blame shifts to the one ‘that hast misdone’ (l. 29), to whom the poem is addressed. This blaming others for a perceived lost love or favour can also be seen in ‘They flee from me’.  By claiming that he is forsaken in a ‘strange fashion’ (l. 17) and that ‘she also to use newfangleness’ (l. 19), here meaning fickleness,  the speaker implies that he has done no wrong to induce this forsaking, in which case he is not to blame.

In the last stanza of ‘Blame not my lute’ the strings of the lute are broken by the person to who this poem is addressed. This immediately brought to mind the now common metaphor of love pulling at the heart strings. This metaphor may not have existed in Wyatt’s time, but the metonymy of strings substituting a heart can still be argued. In which case the speaker is the lute and is, consequently, asking his addressee not to blame him for writing about their unfaithfulness, to which he refers as speaking ‘such words as touch thy change’ (l. 6). In the final stanza the one who breaks the heart with disdain is bid ‘farewell’ (l 36). If this person is interpreted as a lover then by finding new strings for the lute we can read that a new love has been found. If this is the king, however, then it seems that the king’s favour is so fickle that you might as well give up trying to win it, and in this case the infidelity suggested by the word ‘change’ (l. 6 and l. 20) is the king’s flitting favour.

In much of Wyatt’s poetry he paints the picture of a fickle world. His speakers declare they will give up the plight for love or favour, or move on from it, but this vow never seems to be kept. In ‘Farewell love’ the speaker wishes ‘no longer rotten boughs to climb’ (l. 14); in ‘My lute, awake!’ he is ‘done’ on the last line of every stanza; in ‘Blame not my lute’ he has found new strings. These unfulfilled promises present aspects of a man who either gets through a great deal of lovers, each as unfaithful and fickle as the last, or who keeps changing his mind about whether or not he wants to strive for the king’s favour. Robert Peston Gets Schooled After Saying Teachers Did ‘Not Very Much...

Sundance Film Festival: London will return for its sixth year from 29 July to...

Where Are They Now: MTV’s Fat Camp

Gloucester policeman gets suspended jail sentence for fraud after... 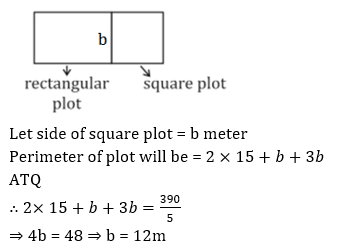 Reviewed: New Logo and Identity for the City of Amsterdam by edenspiekermann and Thonik